Straight-Talk for Fathers of Teenage Daughters 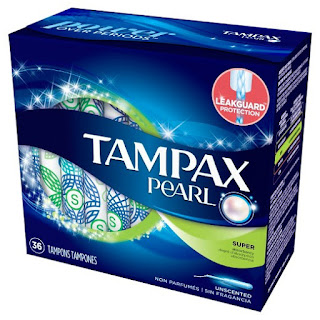 If you’re a single father of daughters, more than once you’ve gotten the call or text, “Dad, will you pick up a box of tampons while you’re out?” It didn’t take me long before I stopped noticing sideways look from the pejorative counter clerk. If that condescending, millennial brat who wore a nose ring, a tattoo sleeve that probably cost more than a year’s wages, and a smirk while waving bar codes over a scanner had an infinitesimal inkling of the shit I’ve dealt with, well, ze/Zir would probably would run, screaming hysterically, home to his room in his mother’s basement.

Anyway, buying feminine product for his daughter is perhaps among the least difficult of a father’s responsibilities when it comes to parenting in the time of menarche. I equate the experience to the girl depicted in The Exorcist. It was as if my daughter was possessed by a demon and, in many ways, didn’t even seem to be my daughter. Then, after about two years, it was suddenly as if the demon had been expelled. When my daughter had “returned,” almost literally, she said to me, “Oh. Hi, Dad. I didn’t see you there. How have you been?”

Of course, as soon as the demon was exorcised from my first daughter, it possessed my second daughter. Two years later, my second daughter returned much in the same manner her sister did. For me, it was four years very long years of carefully planning what I said and did, not that it mattered much. So, listen, I relate these personal experiences for no other reason than to help you, my fellow single father brothers. Learn from me. If I knew then what I know now, this is what I’d tell myself about dealing with hormonal daughters:

Surrogate Adult Female Role-Model
Regular readers of The Single Father’s Guide Blog already know the term, “platonic female friend (PFF).” (See What is a Platonic Female Friend?) If you’re a father of children whose mother is not in the picture, there is no better time to enlist the help of a PFF. Like some men, I’m long on theory. Like all men, I’m short on practice. If your girls’ grandmother or aunts are in close proximity, then you’re ahead of the game. In the case there is no close female relative who can help, a trusted PFF can provide the specific information and instructions on, um, how to address the monthly visit from Aunt Flo.

Unreasonable Behavior (as Defined by Any Man)
You have no idea what you’re in for, Dads. You might be skipping merrily along some sunny Sunday morning and, “BLAM!” You get smacked in the face with a figurative 2 X 4 by a wrathful tween who knows exactly where her Daddy’s buttons are and how to push them. I can’t really tell you where these traps are laid or, really, how to avoid them. Rather, just be ready for them all the time and do your best not to let your daughter's behavior raise your ire. If your ire does get raised, try to remember the context and lower it . . . if you’re able.

Understanding, but Firm
While your lovely daughter is dealing with this new experience, she may also be in the process of forming her identity as a woman. A father’s presence and example is critical in helping little girls develop self-esteem. (See Dad, You're a Role Model, So Date With Care.) Menarche and establishing a sense of self aren’t always mutually exclusive on the timeline of life. In fact, I think it rarely is. So, remember that your little girl may becoming a woman physically as well as emotionally. Your daughter would be jousting with you in any case. Do your best to be understanding while making sound parenting decisions.

Remember, Your Daughter Loves You
Whether you’re divorced, a widower, or some other permutation of single father, your daughter has also had to endure some difficult times in the context of her mother and father not being together. So, between the new hormones, normal process of identity development, and potential feelings of grief and resentment, your little girl may find you the most convenient person to blame for, well, anything or everything whether you're at fault or not. She’s the hardest on you because she loves you and she feels the safest with you. It may be years, literally, before she sees the world clearly enough to understand all the ways you have had her back all along.

To avoid those emergency calls while your out to "pick up some (feminine product)," go online and add some to your monthly grocery store or Amazon.com shopping cart. That way, you'll never run out. Hopefully.

As a widower single father, one of my biggest laments has been that my daughters’ mother was not here to support them, well, just about the whole damned time, but especially during their early teen years. Frankly, that lament is about as selfish as it can be. In my experience, you see, it’s the mother with whom a little girl spars to establish her identity. Parenting is supposed to be a team sport. While Mommy jousts, Daddy is supposed to ride in on a white horse and save the day. Yet, it’s happened more than once that I’ve been reduced to a blithering emotional shell on the precipice of breakdown as a result of parenting without a partner.

So, I won’t apologize for this bit of misogyny, especially in this context. Here it is. As difficult as it gets as a single father, consider the plight of one of my oldest and best friends. He is married and has a really terrific tween daughter whose menarche recently started. He’s also married to a wonderful woman, but his wife is little or no help. She’s in the throes of menopause.

Oh, and to that smirking, condescending, millennial brat who wears a nose ring, a tattoo sleeve that probably cost more than a year’s wages, and a smirk as he/she waves the tampon box’s bar code over a scanner, “Fuck you.” You have no idea.