So, when I was in New Orleans, I asked my beautiful, 17 year old daughter if she'd seen any of my original memes on my blog. She thought that question was so funny, she insisted on taking a picture of me and Snapchatting it. Apparently, it was a popular post because it got a lot of "Likes."

Anyway, here is Volume II of "The Single Father's Guide Original Memes." (I don't think any of these were included in Volume I, but I didn't check.)

If I were to give relationship advice, I would definitely include this: 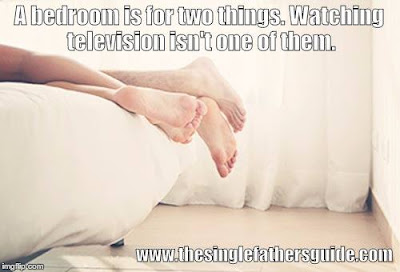 No, I'm not divorced, but I have a lot of friends who are. An ex-wife who understands the value of a father as a role model in their children's lives is wise, and if nothing else, considerate: 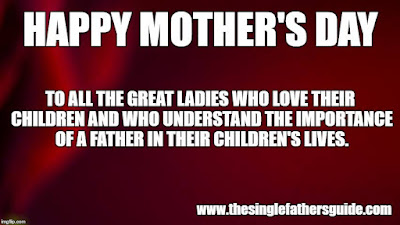 "I fucked the kids' gym teacher. I think we should seek some professional help." 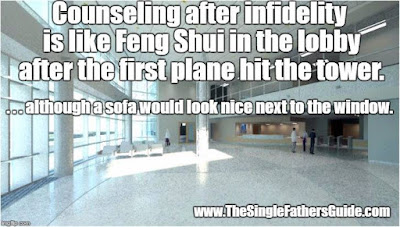 Change the way you look at the world and change the world. (That's a great idea for a meme.) 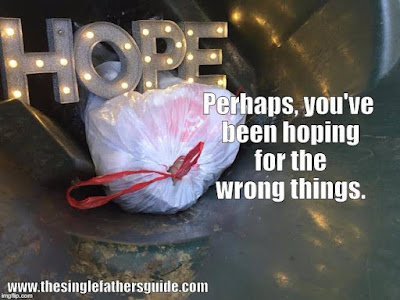 If you don't have room for the baggage, don't launch the boat.
(There's another one.) 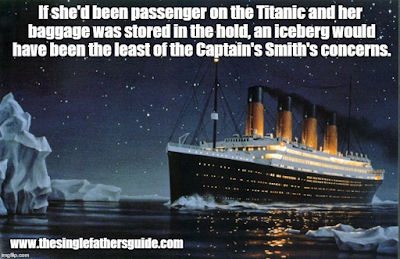 It's no mean feat to keep the home fires burning when you're out slaying dragons. Still, you need to find a way:

This is a pet peeve. I am in no way a "mother." While I believe mothers are extremely important for a child's development, I am not and can never be one. I am a father who takes his responsibilities seriously and, as a result of some  unforeseen and unfortunate circumstances, raised his children on his own. 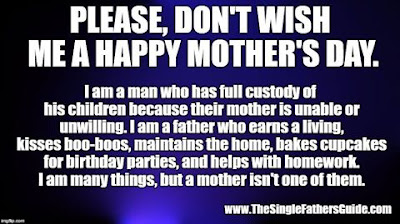 I enjoy social media. Still, one sometimes has to take the opinions of others with a grain of salt. Often, the grain of salt is more valuable than those other's opinions. 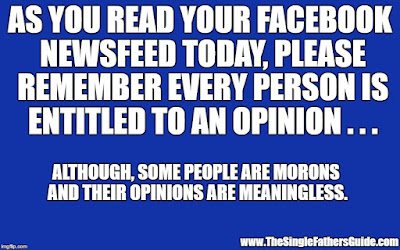