I Confess to the Unanticipated Benefits of Playing Pokemon Go

So, I have a confession to make.

Yeah, I know. Some of you are sniggering. Whatever. Snigger until your face hurts, but here’s the story.

Last year when Niantic introduced Pokemon Go in the beginning of July, The Favorite Son and the Second Beautiful Daughter started to take walks together. My second and third children had generally gotten along well together, but really didn’t interact like that very often. In other words, the two of them didn't just go out and take a walk with one another.

The first few times they went out, I simply raised an eyebrow and didn’t say anything. Finally, I asked, “Why are you two taking so many walks.” 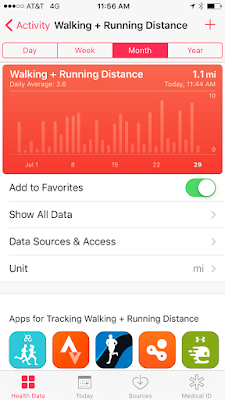 Not to miss out on the Pokemon Go bandwagon, I downloaded the free app and started to play, too. My daughter quit after a few weeks, but my son and I played for most of the rest of the summer. Eventually, my son’s interest waned, but I discovered the walking component of the game, which is simply walking specific distances to hatch eggs containing Pokemon, fit into my exercise routine. Walking and hiking are a significant part of my lifestyle and Pokemon Go is another encouragement to walk and, I think, walk more than I used to.

Pokemon Go isn’t the only reason, but my Health Tracker app tells me that my average daily distance walked is 3.6 miles in the last month and 2.9 miles per day during the last year. Even though I don’t believe Pokemon Go is the only reason, my health is great (knock wood), and I feel great.

During the autumn, winter, and spring, I regularly played while walking, but I played with a former romantic partner sometimes, too. In fact, I've encountered several couples at Pokemon raids or, like me, taking walks and catching 'Mon at the same time. At least a couple of my ex-fiance's children played, although, frankly, I’m not sure she would have played if I hadn’t. In any case, Pokemon Go was a fun and low-key way to spend time together a few times a week.


If you're a regular reader of "The Single Father's Guide Blog," then you already know that The Favorite Son and I already share a mutual interest in baseball - specifically the St. Louis Cardinals, hunting, and Mike Tyson Mysteries, among a few other things. I've coached his Little League teams since he played tee-ball. Still, finding another, mutual interest is a huge benefit for a father to have another strategy to communicate with his teenage son.

You’ll have to excuse me. As I write, The Favorite Son, who is sitting across the table from me at Tuscan Café, is goading me to join him in a raid battle down the street. The raid boss is an Articuna and he doesn’t have one yet.