So, I'm no wilting flower. I grew up in Missouri where everyone I knew had shotguns and rifles. In fact, our definition of gun control was "hittin' what you're aimin' at" and my dad bought me my first shotgun, a Stevens 20-gauge, when I was two years old. (Don't worry. I wasn't allowed to shoot it until I was eight.) I was a competitive high school athlete who'd been offered letters of intent to play football and baseball at a number of Midwest colleges and I even got a hand-written letter from the fabled Yale University football coach, Carm Cozza. Even now, I workout five days a week and, at 6' and 224 1/2, as of this morning, I'm built like a New York Giants defensive back. Of course, I'm about as quick as a Galapagos tortoise, so my dream of a career as a professional athlete is just a speck in the rear view mirror.

A few weeks ago, my daughter said she was going out. I asked, "Where are you going, dear?" 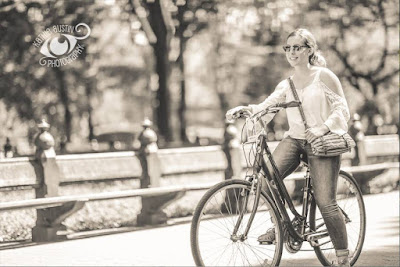 I responded, "I know you're a responsible young lady, but I care about you. It's extremely unlikely that anything will happen. If there is any problem, though, I want to know where to find you."

I continued, "I'm a grown man, but when I go to a place I've never been before or if I meet someone I've never met before, like the first time I go on a date with a woman or a business meeting, do you know what I do?"

"I call or text (my oldest friend) Billy, and tell him the name of the person I'm meeting, the address, and anywhere else I plan to go."

"Yes, Sweetie. Every time," I started. "I do it just in case some really crazy thing happens like an accident or a misunderstanding or something else, I want someone who I trust to know where I am and help me out. Billy knows where I am because I know he has my back. Because I love you, your sister, and your brother, I have your back. I need to make sure everything is covered. Get it?" 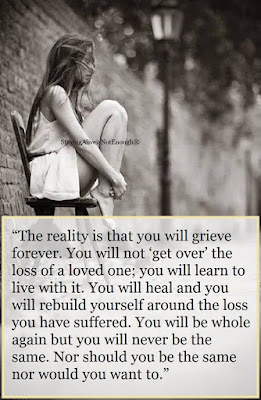 On February 4, 2005, my children's mother, Lori, died. I remember that morning as clearly as it happened yesterday. The young lady to whom I often refer as "The Second Beautiful Daughter" was in kindergarten and had recently had her fifth birthday.

Shortly after Lori died, a friend gave me a copy of Hope Edelman's Motherless Daughters: A Legacy of Loss. (Thanks, Tiz.) To summarize Hope Edelman's conclusion, there is no one, regardless of effort or intention, who can fill the void for a motherless daughter.

"There is an emptiness . . . that will never be filled. No one in your life will ever love you as your mother does. There is no love as pure, unconditional and strong as a mother's love. And, I will never be loved that way again."
- Hope Edelman

When my daughter, now a 17 year old senior in high school, asked me to look at some of her college essays, she reminded me both of that morning twelve years ago and of Motherless Daughters.

When I was in kindergarten, I was as direct as I was inquisitive. One frosty February morning as I walked to the bus stop with my father, hand-in-hand, I turned and asked, “Is Mommy going to die?” My father looked at me with awe, paused, and then responded with, “No, honey, I don’t think she will.” In that considerable moment, because I was five and he was in my eyes an omniscient being, but I wish what he said was right.
My mother had been diagnosed with breast cancer months prior and was in and out of the hospital while trying to help my father raise their two daughter and newborn son. Even with her ailment, she radiated with empathy and always thought of others when proceeding in her life.
Soon after that February morning, I had come home from school and learned that my mother had, in fact, passed away. The world failed me that day by leaving me with one parent in a place that favored two. I am not resentful in regards to this handicap and, although it has left me emotionally strained, it is nothing I can’t build up with the help of others.
Although being only five years old, I seemed to mature emotionally more quickly than other kids. As time passed, I became more independent and self-reliant as my father tried to balance earning a living and caring for his family. I found rides, maintained my grades, and started earning my own money. My situation is not one to pity. Rather, being so independent at such a young age gave me the tools I need to be a successful, hardworking young adult, and I would much rather be that than entitled.
This situation has taught me that no matter who a person is or where she comes from, life disappoints, but all one can do is move forward. You can either choose to learn from that failure or fall and crumble into nothing. It is more than taking lemons and making lemonade. The memory of my mother has taught me how to be resilient and how to shape tragedy into something beneficial. Although I would have obviously loved to know her, growing up without a mother has shaped me into the beautiful, independent woman I am today. I cannot thank her enough for that gift.