If there's one thing my children aren't missing, it's confidence.

So, The Favorite Son (TFS) was a last minute roster addition to our local Warwick, New York Little League's Majors All-Star team. Sort of a crazy story, but TFS missed almost half the season due to what could have been a very serious illness, which is another blog for another day. In addition, there was apparently some drama during the Majors championship series resulting in the original All-Stars manager being relieved of his duties. (Come on, guys. Have you forgotten that Little League is about the kids learning life skills and not about your own ego or living vicariously through your child? Grow the f*ck up.)

Anyway, that drama resulted in a last minute change in the team manager and TFS was asked the play on the team the day before the final roster was due at the District 19 Little League office.

In spite of TFS missing the last part of the season and not having had practiced with the team, he and I had been out throwing several times during the past few weeks and I've even thrown him some batting practice. So, on the way to our first game, TFS was very excited and talking about the Little League World Series in Williamsport. During our conversation, I offered a few fatherly suggestions like, "Remember, you haven't practiced with this team, so don't be disappointed if the coach has you batting last or you don't start," "Be a good teammate, use your baseball IQ, and lead by example," and, one of my favorites, "There's no crying in baseball." (I didn't actually say the last one.)

I also reminded him, "No matter where you bat in the order, just make contact and use your speed. Remember, you make contact better than anybody else in Warwick Little League."

To which he responded, "Yeah, but I probably make contact better than anyone in New York State."

"This is for you, Jesse!" Craigslist Personals Ads

CONTENT WARNING: So, there a lot of places where a guy can find a date and even, perhaps, true love. I guess it depends on a one’s taste and relationship goals, but I’m not sure Craigslist is the place to look for that. Still, if entertainment is your objective, check out the Craigslist personal ads. These are real “women seeking men” ads from Craigslist. Editorial comments in italics.

Ebony for ivory (Poughkeepsie)
age: 33
33 year old single female 5'6 140lbs brown hair and eyes. Looking for someone to hang out with dinner movies etc. Im NOT looking for a hookup i am pregnant. If interested reply with pic i have one in exchange

She’s not looking for a hook-up because she’s . . . pregnant. Good to know.

Domina - w4m (Manhattan)
You are an upscale sub, looking to serve, be spanked and humiliated. In your daily life you are a white collar professional, with a degree from an accredited University. You live alone in a decent Manhattan apartment. I am beautiful domina, ready to make you obey.

Really, depending on what you’re into, Craigslist MAY actually be for you.

Sex Addict Needs to Suck Your Big Hairy One (Downtown Long Beach)
Seeking a guy who loves to get his johnson serviced orally. I especially like the type who is dominant and aggressive and strictly wants to use me like he would a urinal (metaphorically speaking because I am not into piss). I want you to come into my place, unzip and make me get on my knees and suck it until you are thoroughly relieved. If you need to sit back or lay down while you make me do all the work until you climax, I am open to that to. This is no charge--you using me like you would a street prostitute is my fantasy. I am picky. So let's save some time.

Now, if you are sane and talk dirty, I love it. You call me every degrading name you can think of while abusing my throat with your dick ...racially even....I love it. Commanding me to do the most degrading things for you...like untying your shoes before I unzip your pants to start sucking your dick or licking places you respect your former girlfriend too much to do, I love it.

I think communication in a relationship is important.

Gorgeous Single woman seeking love (Whittier)
tall and speak Spanish...preferably have a truck and a few horses but drive a motorcycle during the week. Happy drunk and a workout buddy

I hadn’t thought about it, but a woman’s “drunk” personality should be considered in a relationship.

lets have fun
Im 21 amd work and go to school full time
Im looking to find someone to have fun with and talk to and apparently i have to go craigslisting lol.
I am overweight
Working on losing the weight do muay thai on my real free time and basketball after a dreaded cardio day
Let me know if youre up to hanging out send a picture too :)

Seriously, I respect a person who’s honest and trying.

Sexy thick woman (nearby)
body : curvy status : single
age: 40
I am a sbf seeking a single man who likes his woman with meat on her bones. I have nice curves in all the right places as well as some I am working to get rid of (i.e. belly). If you want a skinny girl hit the back button and move on! I don't want a one-night stand. I love kissing and cuddling.

I won't reply if you don't send a pic.

Tired of the drama of dating women. Welcome to my world.

I’d imagine she’s has about 10,000 responses in her mailbox.

Men don't love
Men are incapable of loving a woman. They pretend and masquerade around like they want marriage but they don't. They just want to use you and leave you. They get their nut once or twice and then ghost. I really do not believe that I will ever find a man that is serious or truthful when he says he loves me.

Seeking Dom with a Desire to Own (DFW)
age: 34
I am single, white, submissive baby girl seeking a male Dom with a desire to really own His sub; to give her the time, attention, and aftercare she needs to flourish. Not just sex and not just part time. I have a desire to serve but to no one less than...Him.

I prefer mid 30s to mid 40s, tall, white, professional. I love a man in a suite. I want You to make me think and challenge my mind and body. Have a little culture but still bring out my goofy side. Be fun and creative. I am very connected to the metaphysical so you'll need to just let me be out there sometimes. When I commit to my Dom, I give everything that I have and trust you completely until you give me a reason not to. I cannot serve someone that I don't not trust, so take care to be completely honest and open with me. I don't need 24/7 attention, but I would like to know that if I needed You, that you could be there for me.

Send me your picture; face and body preferred. Your name, age, height, weight. Tell me what you are looking for and thoughts you have about why we might work well together and why you might be the best Dom for this baby girl.
She probably also likes a man in a suit.

Is it Possible
body : athletic height : 5'0" (152cm)
age: 32
Attractive, College Educated AA woman with full time Career and business owner. 32yo, no children/but want them, Christian and willing to wait until marriage for intimacy. I'm looking for a stable long term commitment. Everyone asks me, "Why I'm single all of the time". The reason, I'm afraid of rejection because of the fact that I was diagnosed with HPV years ago. I've never had an outbreak or issues since I was diagnosed. I want to find someone who can get to know me for me, and decide if they can handle hpv. I want to be able to be at ease, and show my affectionate and joyful side. All ethnicities welcome.

Post (It's possible) in the headline, and if you would like, send a photo. Let's email a few times, and see if we have a connection. The only failure is being held back by the unfortunate, and never giving your all.

I could give you at least three reasons and the HPV isn’t even the first one.

Have to love a poet.

Actually, a pretty good way to make sure she’s not meeting a married guy. 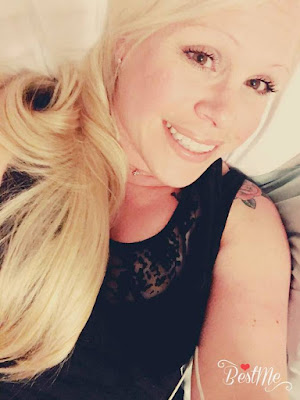 body art : A few tattoos body : curvyeye color : Light brown hair : Long blondeheight : 5'4" (162cm) ethnicity : White/Italianfears : Trusting a man againpersonality : Sweet, funny, caringzodiac : ♋ cancer kids, have : 2status : singledislikes : Men who have trust issuesdrinks : rarely smokes : daily
age: 35
Hey! This is for a man named JESSE H. The purpose of this post is because I know he searches day and night trying to accuse me of having CL adds posted. The accusations are false and I really could care less about someone who doesn't trust me. Yes we met on here. Just because we met on here doesn't mean I've had previous posts or will ever post ever again because I thought I would take a leap of faith and I thought I met a man who I could spend forever with. That has not been the case so I warn you all to be weary of who you trust and honestly it doesn't matter if you meet on Craigslist or at church. A good man is a good man because of his values and beliefs you can meet a shitty person anywhere. So with that said, I'll take my broken heart and bruised arm and I'll remember what I learned and I hope anyone else in my situation will read this and be more careful in who they choose to have a relationship with. U know I love you Jesse. It could have been amazing if your feelings were actually sincere. ☮♋

I think Jesse may have messed up.

If you want to really read some interesting stuff, check out the Craigslist for “casual encounters.”

It's a crazy world out there. Isn't it great?