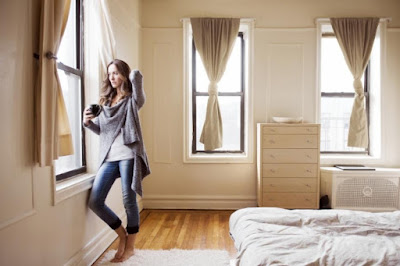 As single fathers, we wear many hats. In addition to the sometimes overwhelming responsibilities of parenting, we also have the burden of providing a roof, food, clothing, health care, and the occasional distraction among other things for our children and for us. In my case, I’ve done that in many ways including writing, business consulting, corporate ladder climbing, and, beginning in 2007, real estate investing.

I bought a fixer-upper investment property a few years ago in the charming little New York village where I live. My thought was, if I can buy right, maintain a clean and attractive property, and treat customers respectfully and professionally, I could maintain an income flow even when some of my other endeavors weren’t producing. Maybe, I could build something for the future, too.

Based on my unscientific observations, divorced people are a significant driver of housing demand. In my little corner of the Universe, I’d estimate that a third of prospective renters are divorced, so I asked myself, “Why?”

Looking at the divorce rates over the last hundred years, it appears that two factors most impacted the divorce rates in the United States. First, Franklin Roosevelt’s New Deal and Second New Deal provided government funds to through the Social Security Act, United States Housing Authority, among many others. Although I’m not making any value judgment on the need or soundness of FDR’s programs, the New Deals did serve to moderate the value two-parent families and made divorce a less unappealing prospect for many people considering the government subsidize lower-income divorced and single parents. 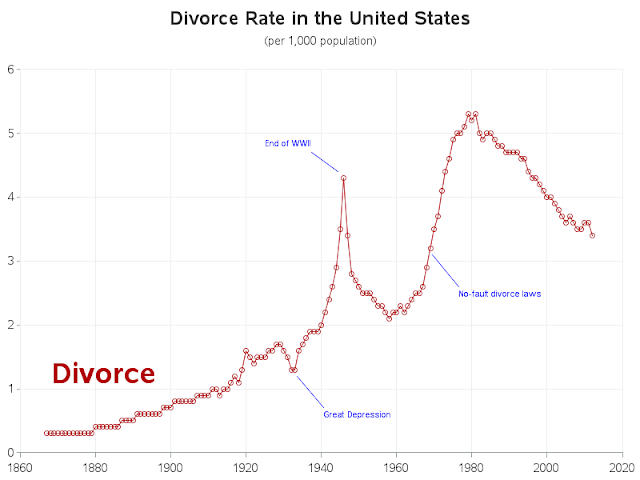 The other meaningful socio-political issue to impact divorce, in my humble opinion, is no-fault divorce, which was first made law in the United States in California in 1970. Ironically, the governor who signed the law was Ronald Reagan. In short, no fault divorce makes the dissolution of the marriage contract much easier in that it does not require either person to prove the wrong-doing of the other and, as such, neither has any financial (or other) liability exclusive of, perhaps, alimony or child support. While Governor Reagan had already changed his political affiliation from Democrat to Republican as of 1962, California voters have traditionally been a relatively moderate when it comes to politic perspectives. 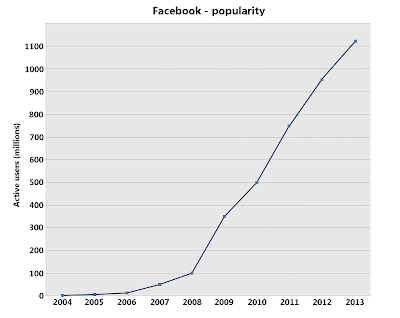 Interestingly and more specifically social than economic, it appears the popularity of Facebook has more recently become a factor in divorce rates. Although not yet as significant as FDR’s New Deals or California’s no-fault divorce, the popularity Facebook correlates to an increase in divorces in the United States. Ironically, the peak of the divorce rate coincides directly with the Facebook’s initial public offering in May of 2012.

All of which brings us back to the current political climate and its impact on demand for housing. I think many will agree, New Deal programs of the 1930’s and no-fault divorce would typically be considered liberal social policies. Considering Democrats are considered more liberal than Republicans, and Socialists are viewed as more liberal than Democrats, Bernie Sanders may be the best bet to support and expand similar social policies. That may suggest that, if a Democrat takes the oath of office in January, then housing demand and related industries, from Home Depot stock to unemployment in the construction industry, will improve. On the other hand, Ted Cruz is considered socially and economically conservative candidate. According to PBS’s Lisa Desjardins, “Cruz believes that a marriage is between a man and a woman . . . ,” which means he opposes same-sex unions. If you agree with the logic, fewer marriages mean fewer divorces which means lower demand for housing. More interestingly, if Donald Trump is a Trojan horse like many believe he is, what does that mean for real estate?

To some extent, my conclusions are a little tongue-in-cheek, but only a little. There clearly are correlations between demand for housing and New Deal social policies, no-fault divorce, and yes, even Facebook. What you do with your money and your time, single dads, may be impacted to some degree on what happens on the first Tuesday this November. Now, it’s up to you to figure out what, exactly, that will be.