The Break-Up: The Effect on the Single Father Family Part II

“My traveling companion is nine years old. He is the child of my first marriage, but I've reason to believe we both will be received in Graceland.”
- Paul Simon, Graceland

Well, you tried to do it right, Dad. You started dating a woman. You waited until you were believed that you and she had potential for a long-term relationship before introducing her to your kids. Unfortunately, the romance didn’t quite work out like you thought it would. 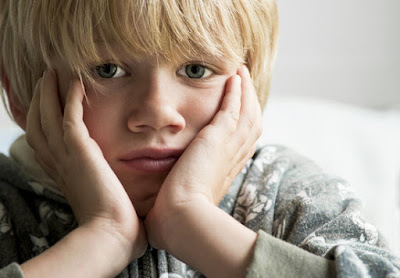 But then, you did the right thing by “putting on your oxygen mask first.” You took care of yourself emotionally, spiritually, and physically so you could be the kind of parent that your children need you to be, especially now. Still, another significant life event has occurred, you’ve ended a meaningful romantic relationship with your partner and your children are impacted. They’ll watch how you behave for clues about their own behavior later in life when perhaps one of their own personal relationships end. They may experience their own version of loss, too.

If you’ve involved a romantic partner in your life, it’s likely that your children have developed their own relationships with that person. She may have attended the kids’ sports activities, family celebrations, or just hung out and watched television together. Your children may have even begun to imagine your girlfriend in the role of a mother or stepmother. As such, your children need your sensitivity and support.

Regardless of how your children felt about your romantic partner, there are a few things to consider during and after the end of that your relationship.

It was either William Shakespeare or Neil Sedaka who once famously said, “Breaking up is hard to do.” Like most things when the variable of single parenthood is added, “Breaking up is exponentially harder to do.” You do have some control over the size of the exponent, Dad. Keep that number as small as you can so you and your children can get over the feelings of loss and move on with your life.

And, like Babe Ruth once said, “Every strike-out brings me closer to my next home run.” With any luck, you’ll have learned something about yourself in context of your failed relationship, which will bring you one step closer to finding your soulmate.