Feeling Guilty About Checking Out Other Women? 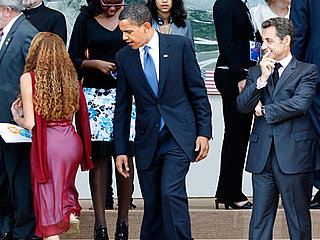 "I am a married man, and I check out nearly every woman that crosses my path. On its surface, this makes me appear to be a scumbag . . ."
- HottJoe, Uncensored Writing

Hey, Single Dad (and Dudes, in general?). Are you feeling guilty about checking out women who are not your committed partner?

When it comes right down to it, gentlemen, nature has played sort of a trick on us. Because we are thinking beings, many of us value a committed, monogamous, loving relationship just as we value music, art, or a beautiful sunset. However, because we’re also fauna, we “are naturally programmed to want more than one woman, despite being in a monogamous relationship, (but) . . . it doesn’t mean (we) are dissatisfied with (our) own partner.[i]” Apparently, not even heads of state are exempted from that rule.

When a man looks at a woman, whether the man is in a committed relationship or not, he is “actually performing a Reproductive Fitness Assessment,[ii]” according to Dr. Midge Wilson, Professor of Women’s and Gender Studies at DePaul University. Subconsciously, he makes a subconscious determination whether or not a woman would produce healthy offspring based solely on physical attributes such as waist-hip ratio and facial symmetry, among other qualities.

How often do men check out women? Well, for better or worse, it’s pretty much all the damned time.

The male brain is hardwired to notice pretty young things, since they’re likely to be fertile and capable or producing healthy children, says Dr. (Mike) Dow, (PhysD). In fact, (a man’s) head may turn before his brain even realizes! His brain is closer to an animal’s than (to a woman’s brain).[iii]

Although ogling or gawking is un-gentlemanly and disrespectful to your partner and to other women, your committed significant other can rest assured that “other women don’t amount to a hill of beans . . . while it only takes a split second for a man’s attention to be caught by another woman, he is likely to have forgotten her just a few seconds as she has disappeared from view.[iv]”