Multilevel marketing organizations (MLM's) have gotten a little bit of a bad rap. However, just like "junk" bonds really aren't junk, as in garbage, but have a place in the financial market for the right investor, MLM is simply an approach to familiarizing people with and selling a product. Of course, the MLM is only as good as the people and the product who stand behind it.

Since Charles Ponzi promised clients a 100% return in three months through foreign postal coupon arbitrage, which in fact was using the money from later investors to pay "dividends" to early investors, hence "Ponzi Scheme," people have been suspect of MLM's. Incredibly, unscrupulous marketers seem to be almost as numerous as dupes considering Bernie Madoff swindled billions of dollars from people who trusted him.

Still, I remember in the 1970's growing up in rural Missouri a kid my age whose father, already a successful business manager, had become an early Amway distributor and made a fortune over decades. I didn't know Amway from my elbow, of course, but I did notice that money wasn't something my friend's dad seemed to worry about. As far as I know, the guy who now has to be more than 80 years old is still reaping the yield from the seeds he planted almost half a century ago.

According to a 2013 article in The Economist, "Multilevel marketing is huge business. In 2011 direct selling . . . by around 16m distributors generated sales of almost $30 billion in America. Worldwide, some 92m distributors grossed $154 billion." In addition to Amway, some of the better known and more successful MLM's include Avon, Isagenix, Mary Kay, Melaleuca, Shaklee, and The Pampered Chef. Many of the sales processes include meetings or "parties" during which products are displayed and demonstrated while participants drink wine or cocktails while socializing with friends before buying products.

I've often wondered how successful a guy could be as an Avon or Mary Kay representative. Anyway.

According to that same article in The Economist, only 0.14% of one company's sales team earns more that $20,000. That's not many and that's not much. So, the bottom line is, I think, before getting involved in an MLM, research the company to verify it is a legitimate sales organization that provides quality, in-demand products. Be realistic about financial expectations. In almost every case, representatives get the wholesale discount for products. Representing a product you like and use to earn a few extra dollars in spare time isn't a bad thing. While existing representatives may have a vested interest in discussing the benefits of one company's MLM structure, check the Better Business Bureau and, heck, even do a web search that includes the company name and the word, "complaints," for example, "XYZ Company Complaints." For any smart single dad, that should be enough to get into an MLM for the right reasons and avoid becoming another one of Ponzi's dupes!


Here's something just for fun: I helped a friend get an Affiliate MLM Program, AdNavigator/AdZimple, off the ground in 2013. This, for better or worse, is the evidence.

The Favorite Son Saga: What I Hate About Diarrhea. 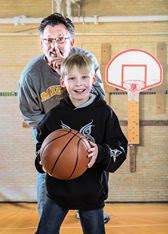 THE FAVORITE SON: Dad, do you know what I hate about diarrhea?

THE FAVORITE SON: No. It's really easy to get it out of your bowel. The problem is, when you think you're finished, you're not really finished. 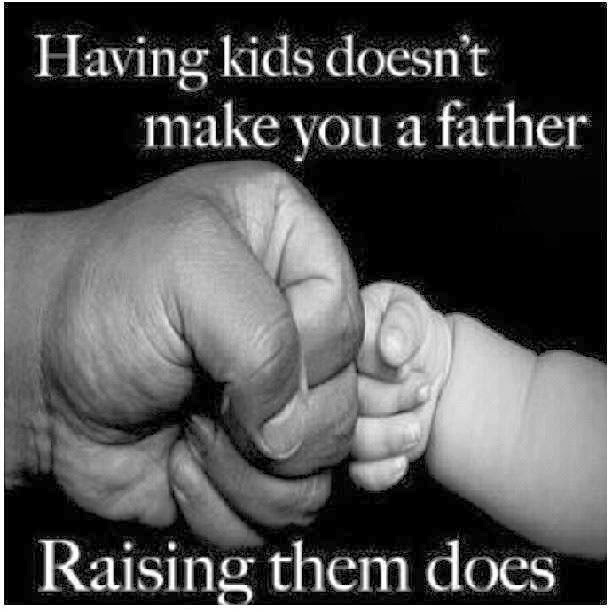 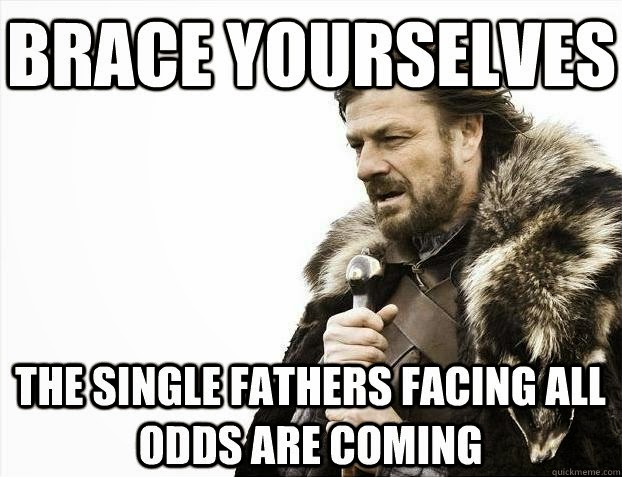 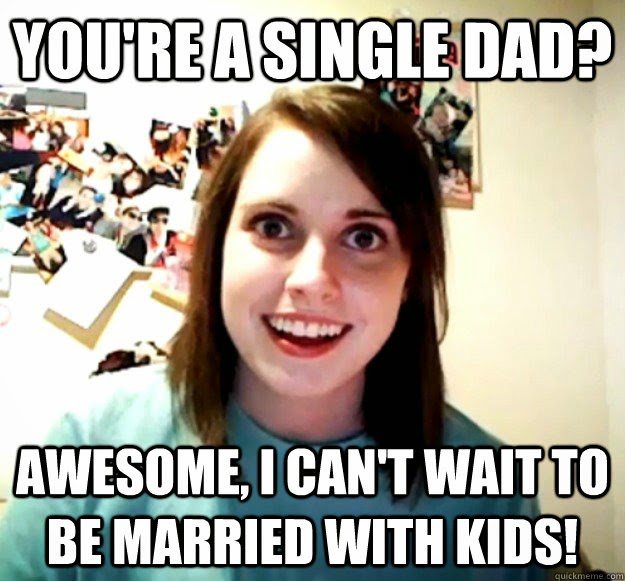 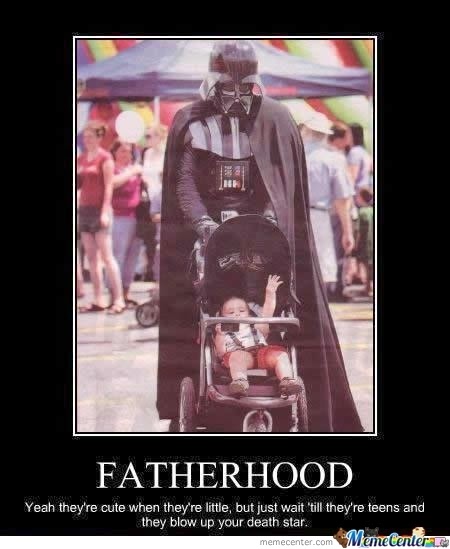 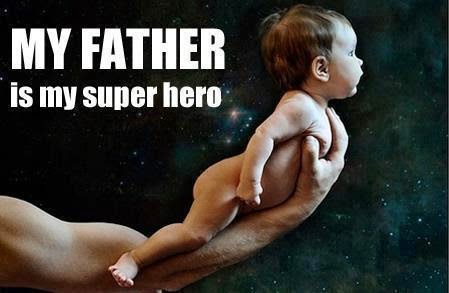 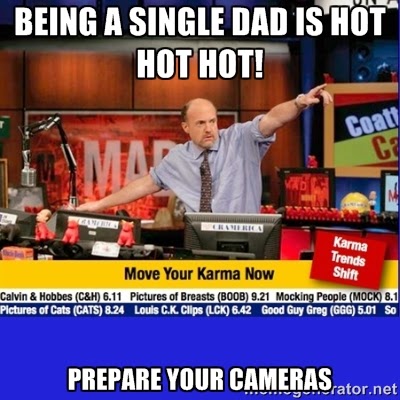 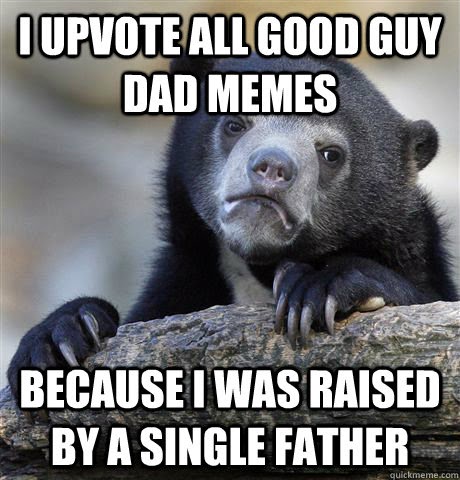 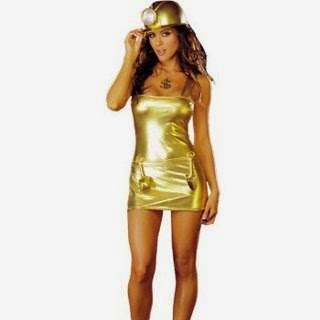 I'm not sure if Thomas J. Stanley, author of the best selling and classic money management guide The Millionaire Next Door, had anything to do with it, but there's a dating site that has the very same name.

"Dedicated to connecting men and women looking for friendship and love," MillionaireNextDoor.org adds a twist. Many of its members are millionaires.

According to its February 20, 2014 press release, "Millionaire Next Door welcomes every single whether millionaire or simply interested in meeting other eligible and successful people."

If you show up for your date and she's carrying a  prospector's pan, a pick ax, and/or a gold scale, well, brothers, you'll know with whom you're dealing. What you do with the information is up to you. (See "First Date Sex and The Single Father.") 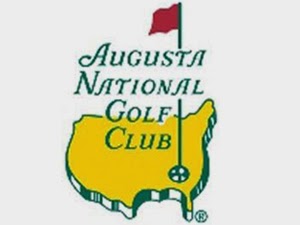 Golf Magazine in its May 1990 edition had good news for the average golf enthusiasts. Augusta National Golf Club, the elite private golf course and home of the Masters would allow public access. As a result, both Augusta National and Golf Magazine received a glut of inquiries from excited public course frequenter all over to inquire about greens fees. The joke was on Golf Magazine, however, when it was forced to publish a retraction, which confirmed Augusta National was still a private club open only to members and guests.

The Daily Mail‘s April 1, 1981 edition included a story about Kimo Nakajimi, a Japanese runner who’d entered the London Marathon. Due to a translation error, according to the hoax story, Nakajimi believed that he had to run for 26 days, not just 26 miles. Reportedly, Nakajimi was out on United Kingdom back roads still running and determined to finish the race. Some people even reported that they’d spotted him but were not able to stop him and explain the misunderstanding.

The Daily Mail article attributed the translation error to Timothy Bryant, an import director, who explained, "I translated the rules and sent them off to him. But I have only been learning Japanese for two years, and I must have made a mistake. He seems to be taking this marathon to be something like the very long races they have over there."

In the April 1985 edition of Sports Illustrated published an article by George Plimpton in which described an incredible rookie baseball player who the Mets had invited to spring training in St. Petersburg. The player was named Sidd Finch who reportedly pitch a baseball at 168 mph with pinpoint accuracy.

Finch had never played baseball before, but had been raised in an English orphanage before being adopted by the archaeologist Francis Whyte-Finch. According to Plimpton's article, the elder Finch had been killed in a plane crash in Nepal. Sidd, a veiled reference to the protagonist in Herman Hesse's novel, Siddhartha, attended Harvard before making a pilgrimage to Tibet where he studied under "great poet-saint Lama Milaraspa" and mastered "siddhi," yogic mastery of mind-body." Through his Tibetan mind-body mastery, Finch had "learned the art of the pitch."

Finch impressed manager Yogi Berra, as the story goes. Finch resembled “a pretzel gone loony" and wore a hiking boot on his right foot while pitching, his other foot being bare. His speed and power were so great that the catcher would only hear a small sound, "a little pft, pft-boom," before the ball would land in his glove, knocking him back. One player declared that it was not "humanly possible" to hit Finch's pitches.

Unfortunately for the Mets, Finch hadn't yet decided whether to commit himself to a career as a baseball player or to pursue a career as a French Horn player. He told team management he would inform them of his decision on April 1. 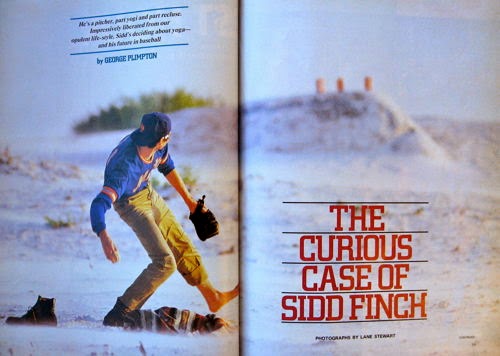