When I was a wee lad of 23, I earned my first opportunity as a frontline manager at a 90 bus, 110 employee Ryder System, Inc. school bus operation in Erie, Pennsylvania. My manager and mentor, Greg Walter, and I talked daily on the telephone and met monthly in-person during which times he reinforced the importance of taking care of my internal customers, the people who reported to me, and my external customers, the folks who write the checks. I carried those lessons with me through my days at Ryder, to Ferrellgas, Suburban Propane, and now, Durham School Services. At each stop, I’ve had a great deal of professional success primarily, I know, as a result of that focus on customer service.


It’s that perspective that makes patience a scarce commodity when it comes to the times that I experience substandard customer service, and, unfortunately, today appears to be Bad Customer Service Day in Orange County. (It might be a national thing, but I didn’t leave the county today to find out.)


The bad service started after I promised The Favorite Son a stop at the Dunkin Donuts in Florida, New York before his Taekwondo class at Northeaster Martial Arts Academy. There was a line of cars around the building, so we decided to go inside to order. At the head of the line, there was a large, rather high-maintenance group, perhaps eight people trying to order. I counted six employees behind the counter. Rather than one DD employee working with that large group on one register, at least five were trying to take care of the group while the line of customers, on which I was fourth, stretched out the door. It took more than fifteen minutes to get two ‘nuts and a cranberry juice.


From there, it was Lowe’s where, for the sake of convenience, I decided to pick up some lawn and garden supplies. (My bad.) I had only a few minutes to grab what I needed and get back to the gym to retrieve The Favorite Son, so I purposely went directly and only to the “outside” garden center to save time. After my quick pick of supplies, I was second in the only cashier’s lane only to learn that the cashier was talking, seemingly without end, to another department about whether the window treatments for the customer at the front of the line were on sale. (Window treatments? In the garden center? Seriously?) As the line of lawn and garden buyers lengthened, I asked a nearby Lowe’s employee if she’d mind opening a second lane. The first response was complete indifference. When I asked again, she sighed grudgingly, rolled her eyes, opened the lane, and checked me out. When I thanked her, she said, and I quote, “.“ (Nothing.)


Next, my visit to ShopRite to pick up my shop-from-home groceries was greeted with several mischarged items in spite of the fact that I’d spoken on the phone with my shopper to clarify the substitutes and the prices.


Still, with all of this going wrong for me today, I thought I’d brave the lines at Masker’s Orchard, do another quick pick of my all-time favorite apples, Jonagolds, and call it a day. It all went pretty smoothly: there was no line of cars to access the orchard, I knew right where the Jonagold trees were, and the trees were full and largely unpicked. After ten minutes, I had my one, count it, one $27 bag of apples, and I headed down hill in my car to pay.


The sixteen year old boy who was supposed to give me a pay ticket had no chance when he said, “Would you open your trunk so I can check to see if you have any apples back there.” When I said, “No,” he was a little confused. So he got on his radio and summoned a seventeen year old who instructed me to open my trunk and proceeded to explain that he had the “right” to search my car. Then, it was an eighteen year old who arrived in time to lecture me on private property rights and suggested that the bag of apples in my front seat was “too full.”


Finally, the orchard owner, with whom I’m casually acquainted, showed up and said, “Hey, I know you. Aren’t you . . . You’re fine."


Well, I’m home now with my garden supplies, groceries, Jonagolds, and some of my sanity. I’m pretty sure that I’m just going to stay home tonight and let the rest of the world deal with Bad Customer Service Day.


As I lay here in my bed, getting ready to nap just after I finish this blog post on this early autumn Saturday in New York, I’m reminded of a famous movie line, which I’ve modified in my head and which sort of metaphorically summarizes my day:

This is the second request I’ve received in as many weeks about casting for a reality television show. It must be the time of the year. Now, this one sounds sort of crazy, but fun.

I was contacted by Bray Entertainment’s Rachel Yeager who asked if I’d share this about the new show that she’s casting:

A television production company based out of New York is currently developing a new television series for a major cable network based on single fathers. We work with large networks such as History, Discovery, Lifetime, TLC, etc. and one of these networks is interested in speaking with single dads who are willing to introduce their family to a potential love interest. This woman would spend time with you and your family to see if there is a real connection.

We are interested in exploring the community of single dads who have taken on many roles as a single parent, and are ready to find the right person to become a part of their family. If any of this sounds interesting, we would welcome the opportunity to chat about the project and answer any questions you might have. You can reach us at 212-993-8540. 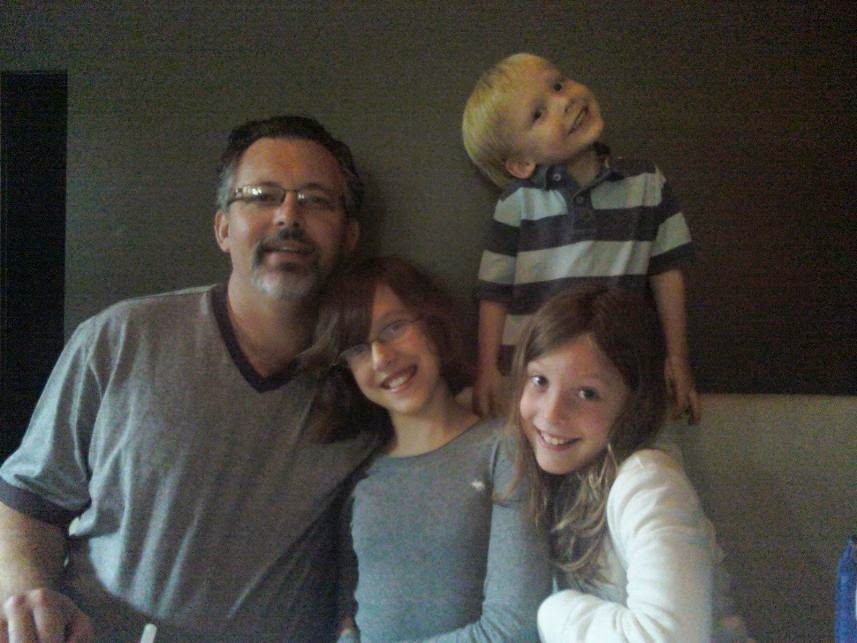 Single fathers who are “willing to introduce their family to a potential love interest” who would “spend time with (the single father and his family) to see if there is a real connection?” I’ll bet that would make for some interesting television.

Producers are looking for cast members for a new reality show on Bravo. The name of the the show is The Singles Project. Contact my friend Carissa Antine for more information about being a part of the show.

If you're selected, don't forget to give props to The Single Father's Guide Blog. Thanks. 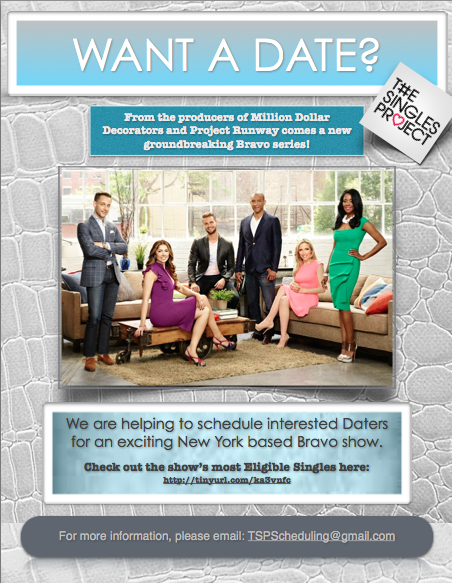