So, ladies, you’ve met a guy who you like and who seems he’s got a lot going for him. He’s got kids and he’s got a career, but there’s something you sense that’s different about him. Then, he tells you. “I’m a widower,” but he’s not just a widower. He’s a WSF. You think, “Wow. He’s not single by choice. He had a wife.”

Back in 1960 there were fewer than 300,000 households headed by single dads, according to an analysis of Census Bureau data released . . . by the Pew Research Center. By 2011 that had grown to more than 2.6 million[i].” Based my research for The Single Father’s to Guide to Life, Cooking, and Baseball, about 6% of single fathers are widowers. That means there are approximately 156,000 widower single father head of households in the United States. Considering that there are more than 50 million single adult men in the United States[ii], WSF’s are about as rare as unicorns.

Well, if you’re a single lady, is it a good idea to date a WSF? I happen to think it is. Here are eight great reasons.

1. A WSF is capable of making a commitment. “Women are afraid of men who are afraid of commitment. After all, men as a whole have a reputation of being commitment-phobic. But as with most stereotypes, it’s unfair and unwise to lump everyone together. Sure, there are plenty of guys who drag their feet and panic at the thought of being ‘tied down.’ But there are many more guys who will happily and eagerly commit to the right woman[iii].” The best way to predict a person’s behavior is to observe past conduct. A WSF already made a commitment to the woman he married and who bore his children. That’s called a track record.

2. A WSF has navigated perhaps life’s greatest crisis and has come out the other side. A woman with whom a WSF falls in love and commits can rest assured that her partner has already seen the worst and the most difficult that life can dish out. He experienced the death of his wife. It may have been sudden or he may have witnessed cancer or other illness slowly deprive his best friend and partner of her future. Given that, how big a deal will it be when you run over the mailbox or forget to pay the cable bill?

3. A WSF kept a promise to his children. With a WSF, what you see is what you get. The WSF has full custody of his children. Get that? Full custody. He doesn’t get a break one night a week and every other weekend when he drops his kids off to his ex. He doesn’t have an ex. He’s on-duty 24 hours a day, seven days a week, and 365 days a year. When one of his toddler daughter has a bad dream, she wakes Dad. When his son is sick at school, Dad’s the one who drives to school and brings him home. When his teenage daughter needs feminine products, Dad drives to the local CVS or ShopRite, ignores the smirks from the insolent checker, and defiantly puts the box Tampax on the counter. If you’re looking for a man to be a good father for your children now or in the future, well, you very likely found him.

5. A WSF is selfless. Any decent, responsible person who has children, whether married or single, needs no explanation about the challenges of parenthood. Heck, married couples often lament about the difficulties of maintaining a home, creating a healthy family environment, earning a living, maintaining a social life, and raising children. The WSF does all that . . . by himself. Often, the first things the WSF reduces in order to provide for his children are his interests. Golf? Hunting? Playing softball? Social organizations? Those take a back seat to driving to gymnastics, birthday parties, chorus concerts, and dentist appointments, homework, grocery shopping, and making dinner. Again, the WSF’s conduct probably doesn’t exist in a vacuum. Likely, it permeates to all of his relationships, including those of the romantic variety.

6. A WSF knows his way around, well, “romance.” According to Fox News Magazine, “It’s important for women to have men who understand them.[iv]” Well, this will not have been a WSF’s first trip to the circus, so to speak. Regardless of whether or not the marriage to his late wife was perfect, he very likely knows his way around relationship issues ranging from communication to love-making.

7. A WSF has perspective. Just like a man who has never experienced it can never understand the emotional euphoria or the physical pain that a woman endures during childbirth, no one other than a WSF can truly understand how it feels and what it means to lose his wife and the mother of his children. As a result of his experience, he will very likely look at the world very differently. He will have experienced on a very personal level the evanescence of life. When he finds love, he’ll have a profound appreciation for it. He’ll cherish the time he spends with his partner and he’ll perhaps experience love more deeply.

8. A WSF kept the promise to the woman he married. There’s this great scene from a Seinfeld episode in which Jerry had made a reservation for a rental car only to discover his car had been rented to someone else. Jerry then explains to the agent, “You know how to take the reservation. You just don’t know how to hold the reservation and that’s really the most important part of the reservation.[v]” Anyone can make a commitment. It’s delivering on the commitment that’s important. When the WSF said to his late wife, “I take you to be my wife, to have and to hold from this day forward, for better or for worse, for richer, for poorer, in sickness and in health, to love and to cherish; from this day forward until death do us part,” he meant it. How do you know? You know because he did.

Look, I won’t lie. Dating a WSF includes its own set of special challenges, too. One thing a WSF has to address at some point is his grief. Grieving is a complex process, but a woman who dates a WSF and patiently helps him through his grief may very well find that unicorn. For more information about dating WSFs and widowers in general, ladies, I recommend Abel Keogh’s Dating a Widower. In addition to The Single Father’s Guide Blog, Abel’s book is a great resource.

Non-Participating Men, Women in Poverty, & The Threat to America's Future

Does anyone else find it curious that The Centers for Disease Control is tracking out-of-wedlock births?

In her book Men on Strike, Helen Smith discusses ways "American society has become anti-male. Men are sensing the backlash and are consciously and unconsciously going “on strike.” They are dropping out of college, leaving the workforce and avoiding marriage and fatherhood at alarming rates. The trend is so pronounced that a number of books have been written about this “man-child” phenomenon, concluding that men have taken a vacation from responsibility simply because they can. But why should men participate in a system that seems to be increasingly stacked against them?"

Meanwhile, the "Single Parent Families Threaten America's Future" article in Investor's Business Daily blog, Investors.com, claims "Today, 24% of all families are headed by single mothers. And that number is set to grow. New data from the Centers for Disease Control show that out-of-wedlock births as a share of all births was 40.7% in 2012." Moreover, "children growing up without a father in the home are four times more likely to live in poverty than children of married parents, three times more likely to end up in jail and 50% more likely to be poor as adults."

Has the pendulum swung so far against men in terms of parental rights, child support, and anti-male sentiment, as Helen Smith suggests, that the marriage cost/benefit equation for men is out of balance? Is government policy responsible for the deterioration of the American family? Any way one chooses to look at it, there appears to be a looming social and economic crisis on the horizon.
1 comment:

"What Little Girls Wish That Daddies Knew" by Tara Hedman

I couldn't have added anything at all. Simply beautiful. 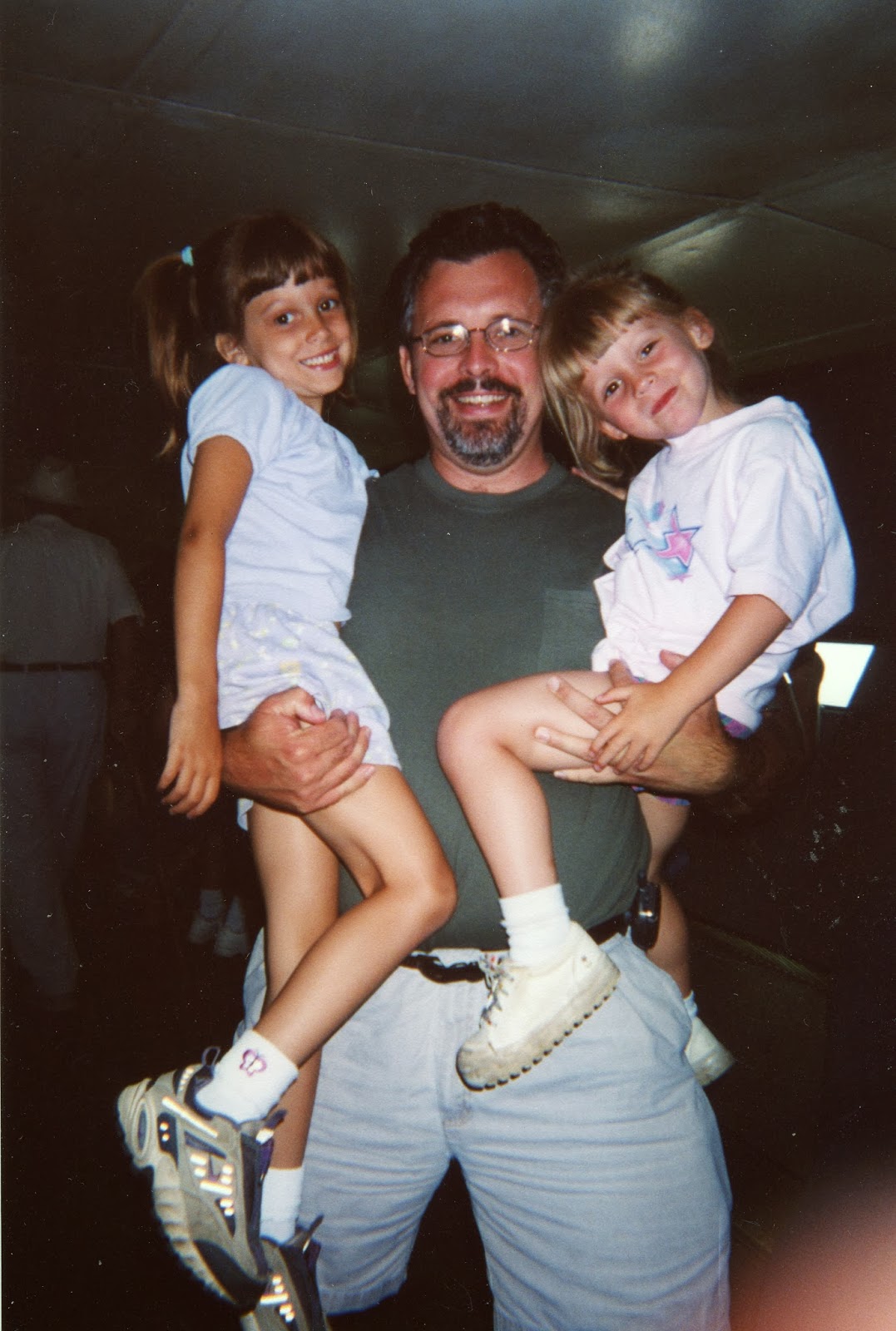 David Kirsh's "Get Your Kids Moving"

I wonder if David has read The Single Father's Guide to Life, Cooking, and Baseball. Sure sounds like it.

Good advice, no matter the source. 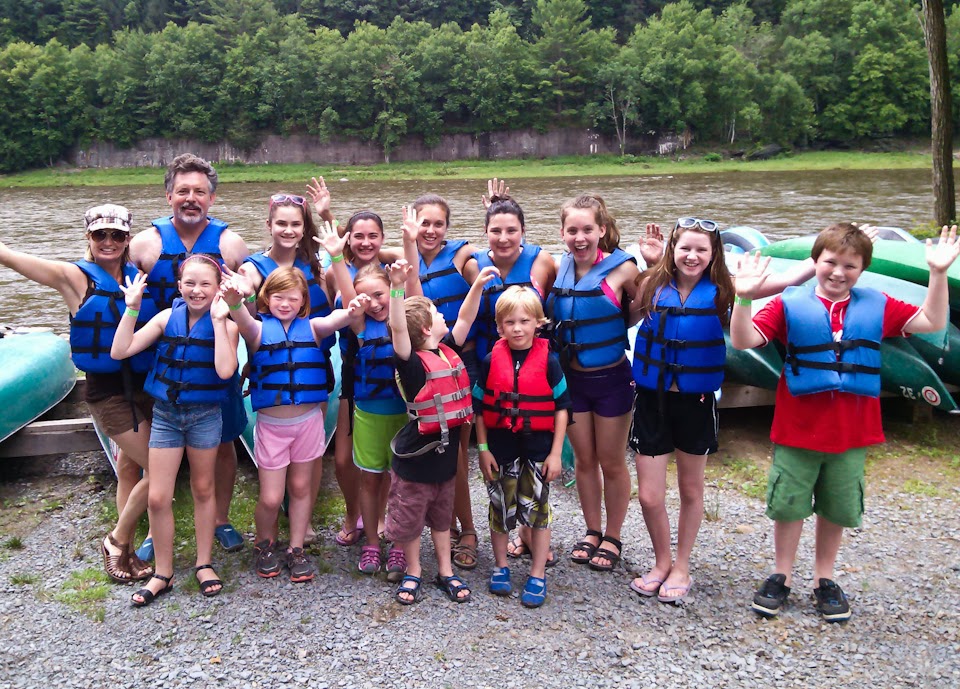