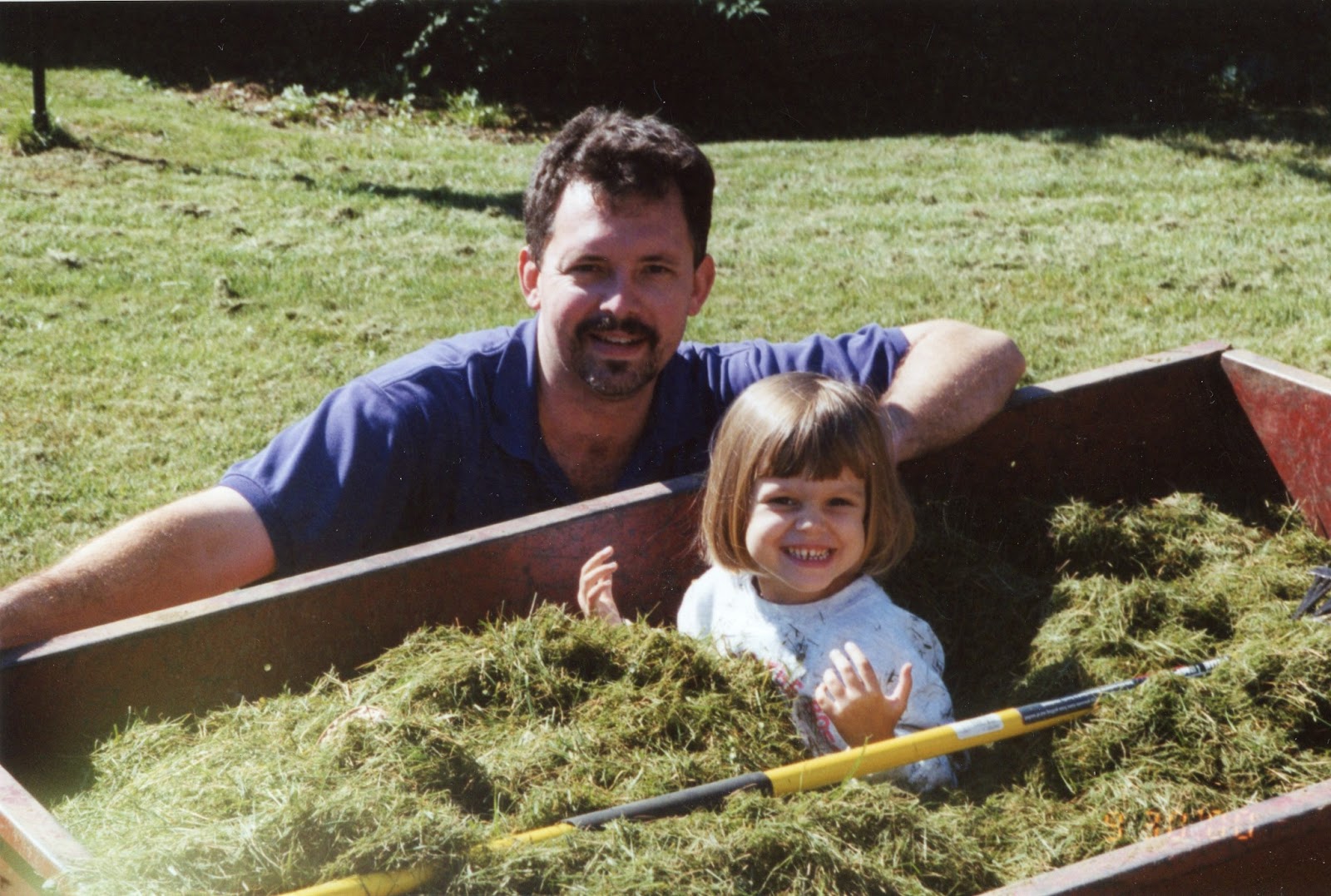 Simply by being, the "First Beautiful Daughter (FBD)" bestowed upon me sixteen years ago today a new name. The name she gave me was "Daddy." FBD lives up to her name. In fact, her full name could easily be the "First Beautiful, Intelligent, Loving, Diligent Daughter." 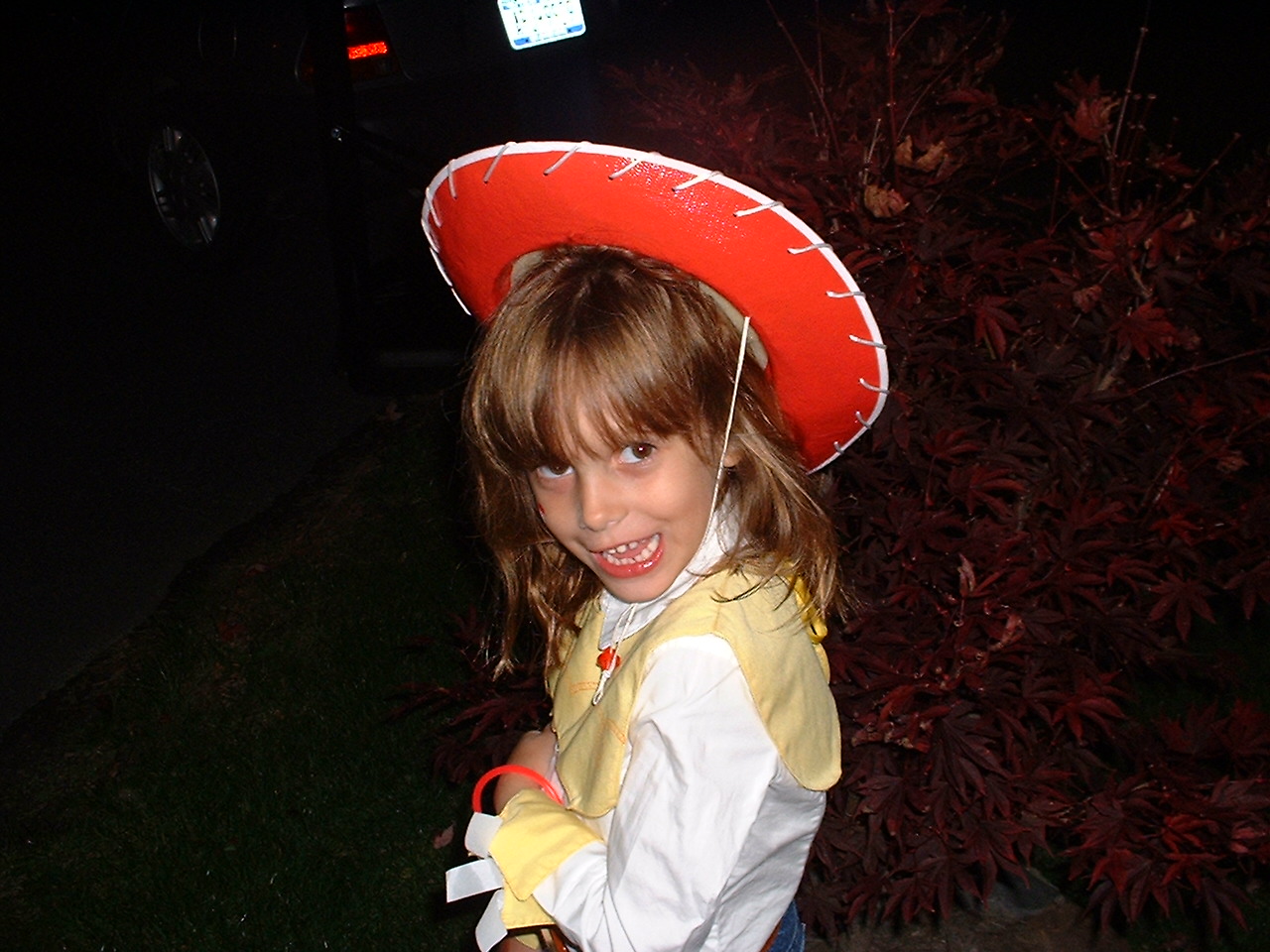 A lifetime ago, FBD's mother and I vacationed in New Hampshire. FBD was about a year and half old. At the restaurant, FBD became a little uncomfortable sitting in a high chair. It was not at all common for FBD to be difficult; a couple of our best friends, Kelly and Jeff Thieme, gave her the nickname, "the perfect child." Even on this night, FBD wasn't acting up; She simply wanted her mother to hold her. As she sat on her mother's lap, FBD gently and contentedly patted her mother's shoulder, an act which didn't go unnoticed by a young couple who were dining with a couple of toddler boys at a nearby table. The woman who had the boys looked at us enviously. Eventually, the woman at the next table lamented to us, "Little boys don't do that." 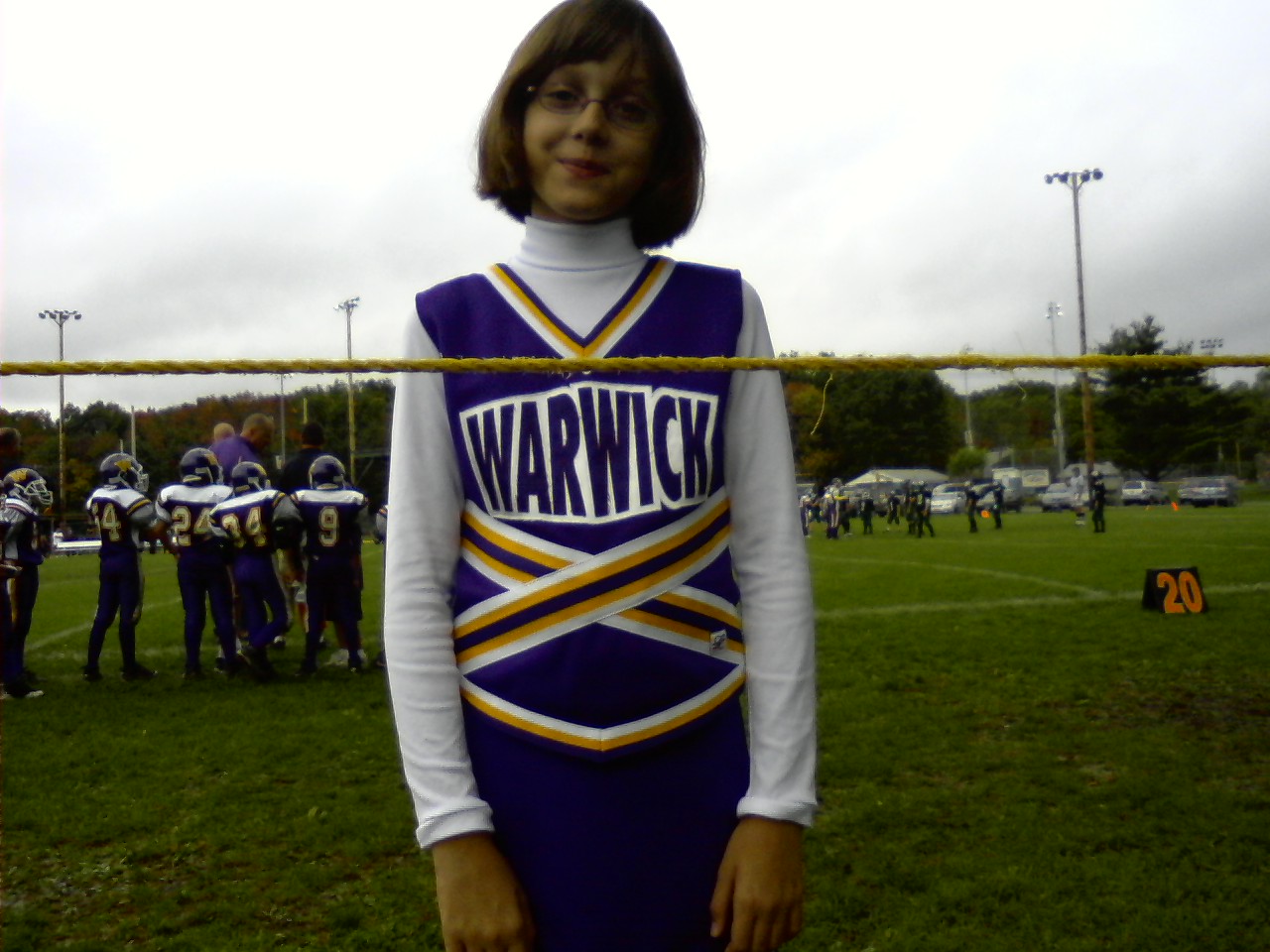 When FBD was in elementary school, I volunteered in FBD's classroom once a week. During my visit every week, I'd read a children's book or chapter book to her class. Because FBD's class was a "wrap-around" class, one in which students spend two years with the same teacher - one year with children one year older and one year with children one year younger, many of her classmates had heard me read for almost two years by the second semester of FBD's second grade year. FBD's mother had passed away a little more than a year earlier and, I think, FBD felt, in her own way, sympathy for her Dad. (Imagine, for a moment, I lost my wife, but FBD lost her mother, but FBD was sympathizing, in her own way, with me.) So, FBD arranged with her teacher, Janeen Mitchell, the mother of one of her classmates, and her friends in her class to have a surprise party for me, complete with cake and handmade gifts from her classmates, on my reading day during the week of my birthday. I was surprised.

A sort of an enigma, FBD tends toward introversion. However, one shouldn't mistake her quietness for a lack of confidence. Still waters run deep and sometimes FBD surprises even me. 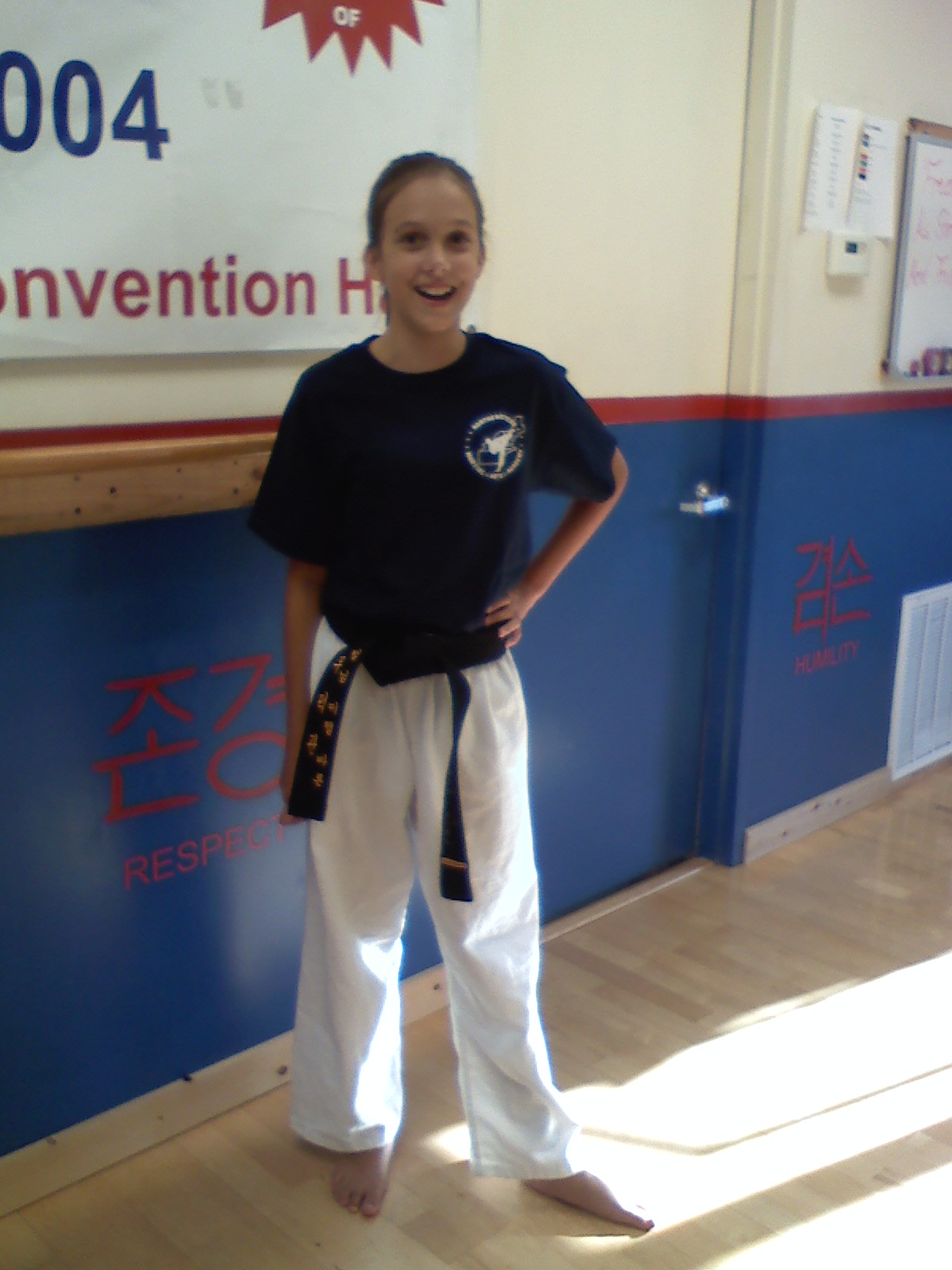 I continued to volunteer in FBD's elementary school classroom and spent one day each week in FBD's and her teacher, Beverly Braxton's 3rd/4th grade class. The educational program in which FBD (and her sister and brother) participated is rooted in thematic learning, or taking a subject, whether it be dinosaurs, the American Revolution, fairytales, etc., and then basing math, language arts, science, spelling, and social studies on that theme. The idea, of course, is not only to learn the Three R's, but also to achieve a deeper understanding of the theme subject. When FBD was a third-grader, one of the themes that her class studied was Native American culture.

As she usually did, FBD hugged me when I arrived. Beverly asked me to read a book that was related to Native Americans. When I'd finished, we discussed the book using questions Beverly had created for me. During the discussion, FBD raised her hand and announced that she had learned a Native American song during the previous summer at Free Spirit Nature Camp, (where now, as a sixteen year old, FBD will be a junior counselor this summer.) Without hesitation or pretention, FBD stood up and confidently sang the song with all the soul and energy one could have imagined the original singers to have used. When she'd finished, she received a round applause from her classmates, including the fourth graders, and then she smiled and sat back down.

FBD isn't afraid to try new things. It turned out that FBD wasn't crazy about cheerleading, but she's trained at Northeastern Martial Arts Academy for almost nine years. About three years ago after earning a "first dan" black belt, the school's master, Mitchell Barron, asked if she'd be of a member of the school's leadership team, which means she teaches younger and less experienced students techniques, forms, and etiquette. Consistent with her reserved confidence, FBD tried out for the junior varsity lacrosse team at her high school this spring. She hadn't played lacrosse until she attended a skills camp last summer. Now, after making the team, she's exploring a new interest, learning new skills, and meeting new people.

I'm fortunate that the FBD is the young woman that she is. When family and friends ask me how FBD is, I tell them the same thing. She's active. She does well in school. She balances her social life with her academic life with her extracurricular life with every other part of her life. Yes, she's a teenager, which means she occasionally tests her boundaries. Still, on scale of one to ten in which ten is the most obnoxiously out-of-control teenager, FBD is about a two on her worst day. She's seemingly always been mature beyond her years. Her mother would be very proud of her.

Later this week, FBD will get her permit to drive. In about six months, she'll be behind the wheel of a car on public roads. (Fair warning.) A little more than a couple of years from now, she'll start college. Not long after, FBD will start a career and, perhaps, eventually start a family. (The man she chooses had certainly better have his stuff together.) FBD is growing up fast; she's had to. Still, she'll always be my little girl. 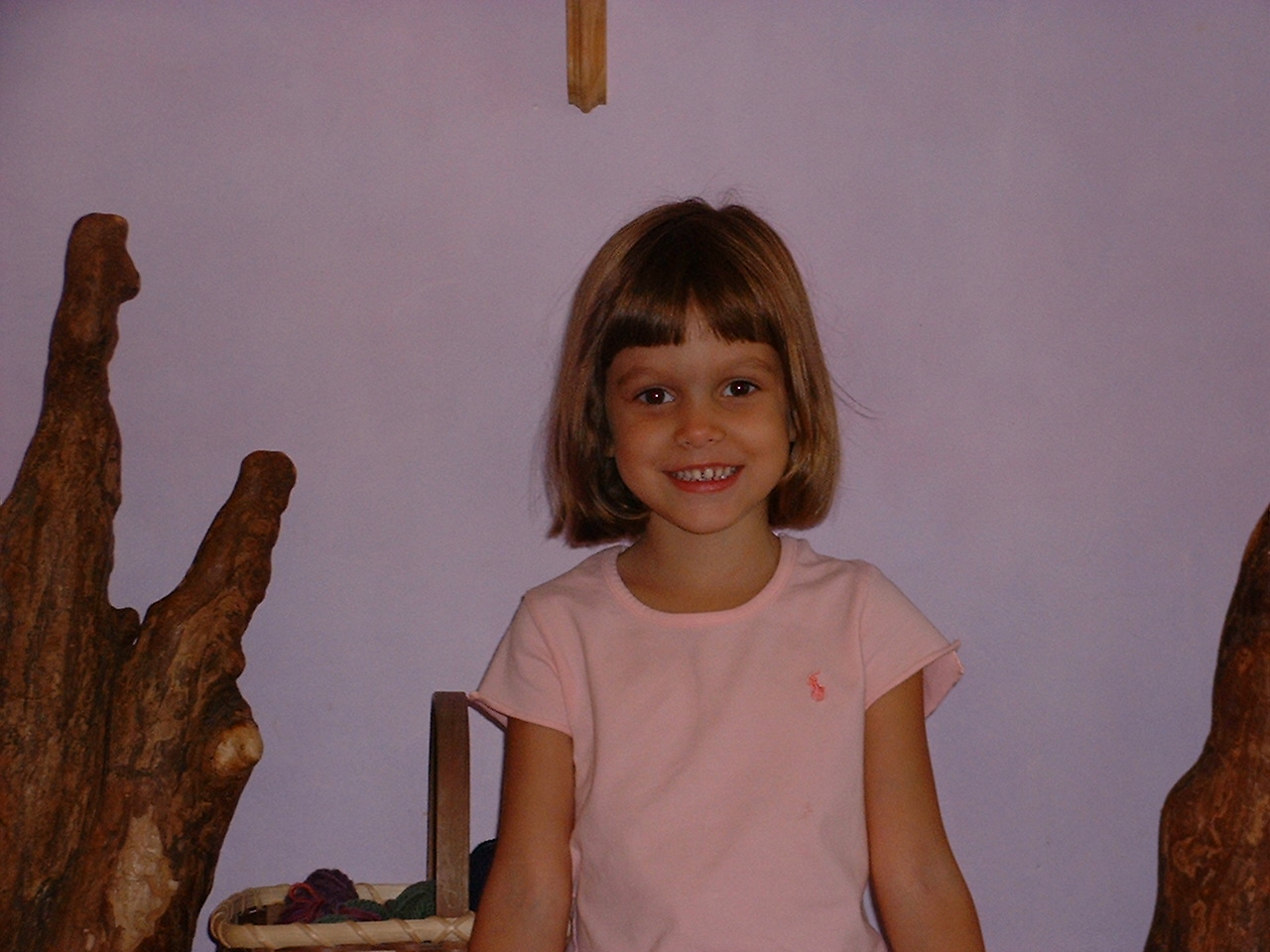 Happy Birthday Jordan! Hope you had a great day! Love reading your blog, it makes me smile:)

That was absolutely beautiful! Happy birthday to FBD. :)