Single Fathers Book Club: Love in the Time of Algorithms


Dan Slater’s Love in the Time of Algorithms is the contemporary online dating equivalent of a cross between A Brief History of Time (Hawking), which wasn’t terribly controversial, and The Bell Curve (Herrnstein, Murray), which was. 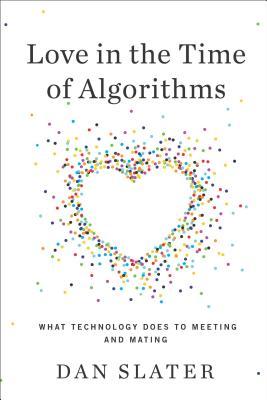 Slater’s tome leads the reader on a tour of the history of dating, from 19th century personal ads to the birth of computer dating in the 1960’s to the present time. Today, segmentation of dating “markets,” including young, old, straight, gay, fetishists, people who have sexually transmitted diseases, and even married people, exists. Daters’ preferences are processed through complex computer code in an attempt, it turns out a profitable one, to connect love seekers.


(This book is) about how online dating – as both a revolutionary medium and a quirky, virginal industry – is remaking the landscape of modern relationships. It’s about a man in Oregon whose plans to settle down took a detour when he discovered how easy it was to meet women online. It’s about a young woman in New York whose compulsion to broadcast her online-dating adventures in social media .  .  . and about a cancer survivor in southern California whose isolation inspired her to start a niche dating site for people, like herself, who can no longer have sex. Authenticity, deception, commitment, intimacy, paranoia, sex, and trust – technology is changing all these aspects of relationships.[i]


The tour begins with an anecdote of a couple of Boston area college students almost five decades ago who connected through a nascent computer dating service. It turns out, that couple married and became the parents of one Dan Slater. From there, Slater guides the reader through the history and growth of online dating while highlighting the visionary people and businesses that have broken new ground in connecting soul mates or one-night stands.
Like the consumers of online dating services should be, Slater is candid and direct. Containing chapter titles like “It Knows My Anal Preferences,” “Diaper Daddies and Lonely Stoners,” and “Let’s Keep This Fucker Coming Back,” Love in the Time of Algorithms tells it like it is. Slater even goes as far as decoding some of the data for the edification and benefit of the reader. For example, “When categorized by religion and gender, Jewish women are the most likely to claim they’ve never masturbated,” “Vegetarians are twice as likely as nonveggies to enjoy giving oral sex,” and “A woman’s desirability, measured in messages received, peaks at age twenty-one. At age forty eight, men are nearly twice as sought after as women.” As much to reinforce Slater’s conclusions as to provide some relief from the occasionally information laden text, the narrative of an online dater, “Alexis,” who is a Phish fan and a Phantasy Tour blogger, weaves its way through the more weighty chapters.
While Love in the Time of Algorithms is at least as much an academic treatment as it is self-help or recreational reading, it is a fascinating look at the evolution and current incarnation of online dating. Slater has done his research, so don’t shoot the messenger. Thank him. For the astute online dater, this one is an essential.
[i] Love in the Time of Algorithms: What Technology Does to Meeting and Mating. Slater, Dan. Penguin Publishing Group. New York, New York. 2013. pp 8-9.