Originally published in The Warwick Advertiser on November 18, 2011:


As busy as our lives are with responsibilities of our job, family, finances, and countless other commitments, it’s easy to become distracted. Well, at least it is for me. As Thanksgiving approaches, however, it’s important to remember those things in our lives that are most precious. The community in which I live is foremost on my list.


Eight years ago this month, my employer, Suburban Propane relocated my wife, Lori, two daughters, and me from . We could have chosen any place in , the southern , or eastern . Lori and I did our homework and chose . That fateful decision is one which we, and I, have never regretted.


Soon, it seemed, our lives began to follow a script from a bad made-for-television movie. Within weeks of moving into our new home and starting a new job, we learned that Lori was pregnant and would give birth to our third child the following summer. In December, Suburban announced the acquisition a competitor and a subsequent reorganization, and I was called to Suburban’s headquarters office in February and told that my job had been eliminated. As disappointing as the job loss was, it paled in comparison to the news Lori and I would hear a few weeks later: Lori had advanced-stage, occult, metastatic breast cancer. 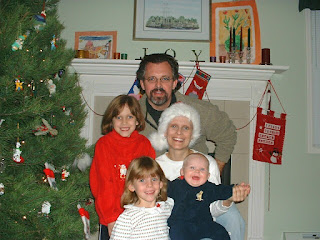 I’ll save the suspense. Our son was born healthy in June. But, after fighting a courageous battle denoted by spectacular triumphs and devastating defeats, Lori succumbed to her illness on February 4, 2005. It was on that day I became the single father seven-year old and five-year old daughters and a seven-month old son.


Almost from the moment Lori was diagnosed, our neighbors in and stepped up, providing everything from emotional support to meals to help with the kids while I shuttled Lori to and from hospitals and doctors’ offices in , , Wallkill, and . As I began a new chapter in my life as a single father, I obviously had a lot to learn. I couldn’t have expected the expression of support from the community of which my family had been a part for a very short time, but not every community is like ours is. Neighbors, many of whom had by then become friends, took more than a casual interest; checking that I and our children were doing all right.


Today, our children are 14, 11, and seven-years old, respectively. Each is beautiful, healthy, and extraordinarily well-adjusted given the circumstances. Even now, after I’ve right-sized by moving from a single-family home development to a charming old house in the Village of Warwick and professionally transitioned from a corporate manager to an author and entrepreneur, the mothers of my children’s friends continue to provide advice and serve as role-models to my teenage and “tweenage” daughters, while others generously offer practical support as I navigate the challenges of parenthood.


To you and to our extraordinary community during this Thanksgiving season, we made the right decision. I am thankful for you. You have made a profound impact my life, in the lives of my children, and in Lori’s life, too.