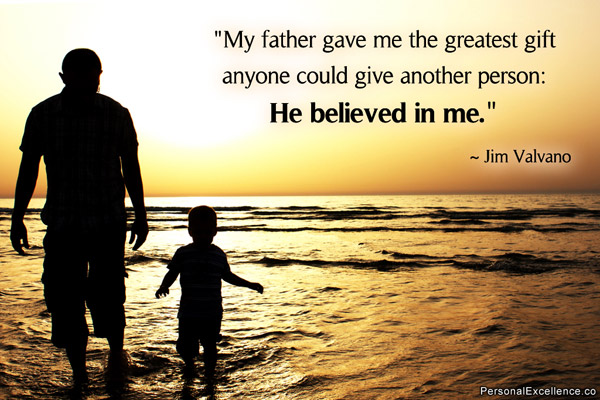 A lot of smart people have said some great things about fathers. When your children grow up, single dad, what will they say about you?

“A father is always making his baby into a little woman. And when she is a woman he turns her back again.” – Enid Bagnold

“Any man can be a Father, but it takes someone special to be a dad.” – Ann Geddes

“A girl's father is the first man in her life, and probably the most influential.” – David Jeremiah

“A boy, by the age of three years, senses that his destiny is to be a man, so he watches his father particularly--his interests, manner, speech, pleasures, his attitude toward work.” – Benjamin Spock

“Every father should remember that one day his son will follow his example instead of his advice.” – Charles F. Kettering

“An angry father is most cruel towards himself.” – Publilius Syrus

“My son is my son till he have got him a wife, But my daughter's my daughter all the days of her life.” – Thomas Fuller

“When I was a boy of fourteen, my father was so ignorant I could hardly stand to have the old man around. But when I got to be twenty-one, I was astonished by how much he'd learned in seven years.” – Sam Clemens

“A truly rich man is one whose children run into his arms when his hands are empty.” - Unknown