Tae Kwon Do and The Single Father

I originally wrote and submitted this essay to Master Mitchell Barron in 2009 as a requirement for my promotion to first degree black belt (Tae Kwon Do) at Northeastern Martial Arts Academy in Florida, New York.


It seems like half a lifetime ago I was fortunate enough to attend and graduate from a high school that was just pretentious enough to have a Latin motto, “Esto Vir.”  Considering I was only thirteen-years old when I started at the school and considering Latin is a dead language except for doctors, lawyers, and zoologists, I had no idea what Esto Vir meant.  Eventually, one of the instructors at the school translated it for me: “Be A Man.”  I was reminded again and again that to be a man, one must take responsibility for his actions.  Of course, I understood those words, but it was not for many years that I fully comprehended their meaning. 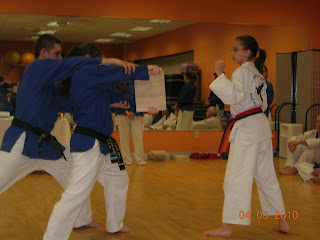 Later, as an undergraduate I attended a large land-grant university in the where I joined a social fraternity.  While my association with the Fraternity helped me to expand my social and networking opportunities, it also helped to cultivate my leadership skills.  Specifically, the Fraternity emphasized the importance of being a “” It defined a The Balanced Man as one who is effective and successful in one’s professional life, but not at the expense of his family; someone who maintains his physical fitness, but not at the expense of his intellectual or spiritual fitness.  High ideals indeed.


Early in 2003, I looked around and I saw that I had just about everything I ever wanted.  I had been married for almost eleven years to a beautiful and loving wife.  We had two wonderful daughters and we lived in a nice house in a great community.  I was a respected and successful middle-manager who was on his way up the corporate ladder at a New York Stock Exchange company.  I was so successful with my job responsibilities, in fact, that my employer asked me to relocate and take on a new task.  So, we bought a house and moved before the school year started that autumn. 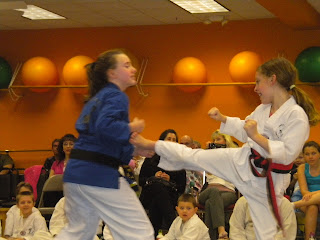 With the new house came the news that we would welcome another child to our family the following July.  Although we could not have known it at the time, much would change for all of us in advance of his arrival.  Just days before the ball dropped in to welcome 2004, I received news that my employer had undertaken a corporate realignment.  A couple of months later, I was unceremoniously notified that my job would be eliminated in the reorganization.  For the first time in my adult life, I found myself without unemployed.  By far the most difficult news for me and my family, however, was yet to come.


My wife and I planned a trip to Disney World that spring before our son was born.  We reasoned that our daughters were old enough to fully enjoy the trip and it could be a few years before we could take another vacation like that.  We also decided to get a puppy when we returned home.  Two weeks before our plane was supposed to leave, though, my wife complained of stiffness and noticed a peculiar swelling in her neck.  As it happened, the inflammation was the result of infected lymph nodes in her arm and shoulder.  The infection in the lymph nodes was caused by a metastatic cancer.  Our son was born healthy on June 19, 2004, but my wife succumbed to her disease just a few months later. 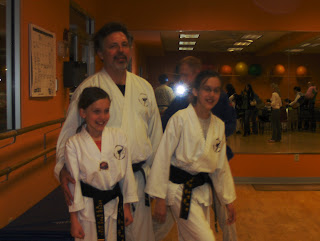 Even as Dick Clark welcomed that New Year in , my wife and I had discussed enrolling out oldest daughter in martial arts classes.  Both she and her sister had taken gymnastics at while the two of us spent time in the gym.  In January, my intrepid little girl put on her first do bak, wore a white belt tied probably by one of the junior instructors, and lined up for her first class.  Not to be outdone, our younger saw her sister and all but demanded that she stop her gymnastics classes and start Taekwondo immediately.  Four months later, I decided that martial arts might be a way to relieve stress, not to mention another excuse for me to spend time with my children – as if I needed one! 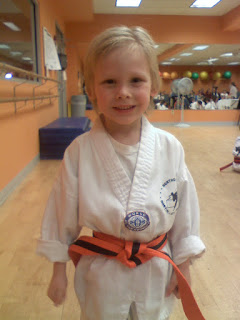 It has been almost six years since my oldest daughter paved the way for her sister, for me, and now for her five-year old brother, who is now able to attend classes with his sisters and me.  During that time, our family has undergone at least our share of changes and challenges.  My oldest, who started in first-grade at a elementary school, has become a very responsible and beautiful young lady who is now a middle school honor roll student.  My second is a fifth-grader who loves to read, does very well in school, and has been a youth football cheerleader for two years.  Both she and her sister are Taekwondo bo dan’s.  In addition to his participation Taekwondo where he has earned a yellow belt, my son loves to play soccer and recently announced that he wants to change his name to “Luke Skywalker.”  Personally, I’m older and I suppose I have some additional perspective that corresponds to those years.


No one can say what opportunities or struggles tomorrow will present to any of us.  Now, however, in addition to those values that I took to heart as a younger man – a personal philosophy that includes ideals like Esto Vir, The Balanced Man, and the many lessons learned as a husband, a father, a friend, and a coworker – both I and my children have relied and continue to rely on another set of guiding principles which begin, “Be loyal to your county.  Be loving and show fidelity to your parents.  Be loving between husband and wife...”

I would like to offer your blog post on my site.
If this something that you would consider?
The website is geared towards men the more resources for them the better.
I would appreciate a response.
The site is in its infancy however their is a need for it in our opinion of course.

Hi, John, and thanks!

I'd certainly consider networking with you on your blog. Can you provide me with your blog URL.