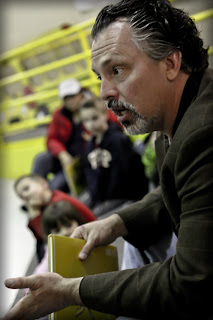 A year or two after I became a single father, I started to get calls from women to whom I affectionately refer as “Platonic Female Friends (PFF’s).” Although the callers were unrelated as far as I knew, the topic of the conversations were strangely similar. Each of the calls went something like this:

PFF: Hello, Matt. How are things?
Me: Pretty good, I guess. You know, the single dad thing is a little tricky, but good, thanks. How ‘bout you?
PFF: Good, thanks. And, yeah, you know, you seem to be doing okay, all things considered, and well, I have a friend who: A) is recently divorced and has children at home, or B) has recently become a widower and has children at home.
Me: I’m very sorry. I think I know what he’s going through.
PFF: Uh huh. Yeah. Well, that’s sort of the reason I called. I thought maybe you could talk to him and help him out. Can I give him your phone number?

To date, I have not received one call from any of my PFF’s single father friends. Can you blame them? A woman friend tells you that she knows a guy experiencing a similar situation and “seems to be doing okay?” At the very least, the guy might get the impression he’s not doing okay, at least in the eyes of his lady friend. Making that call would have been like admitting defeat and subordinating to some guy he doesn’t even know. The male animal just doesn’t work that way. 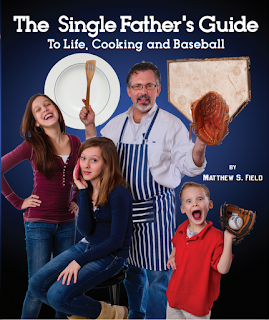 Anyway, those calls I received from my PFF’s suggested that there was a need for a sort of crisis-level guidebook for single fathers. So, drawing from my own previous experiences as a writer, a corporate ladder climber, a short-order cook, an amateur athlete and a dad, I started to write The Single Father’s Guide to Life, Cooking, and Baseball, including baseball metaphors to which guys will quickly connect, simple recipes that even a guy could follow, personal anecdotes which range from comical to solemn, and fifteen “Golden Rules” to simplify day-to-day single father family operations.

Now, those guys don’t need to call me. They (or their platonic female friends) could surreptitiously buy the book and no one would be the wiser.