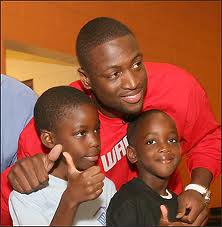 It’s not easy for this single dad to root for the Miami Heat against the Oklahoma City Thunder in the NBA Finals given LaBron James’s “The Decision” on ESPN to leave the Cleveland Cavaliers for South Beach in 2010. The only thing that could be worse for a Cavalier fan than The Decision would be a girlfriend breaking up with him with a public post on her Facebook wall.
If a guy could have a reason to pull for the Heat this season, though, it would be NBA All-Star and single father Dwayne Wade. 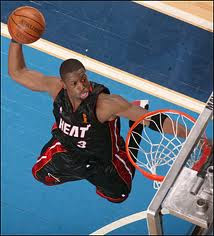 After a bitter, public divorce, Wade fought for and was awarded custody of his two sons, Zion and Zaire. The child of a single father family himself, Wade “was seriously motivated to be a full time parent,” according to recent Newsweek article. “All children need their fathers,” Wade said, “We have to step up as men and do our part. There are no excuses.”


If the definition of a man is a guy who takes responsibility for his actions, then Dwayne Wade is great example. Although he was criticized, Wade made the decision to travel from Miami to Chicago for custody hearings during the NBA regular season. He explains, “I had a duty to fight for my kids, and I did it.”
“I can’t say what we’ll do for Father’s Day, because since my sons came to live with me, every day has been like Father’s Day,” says Wade.
Almost makes a fan want Miami to win an NBA Championship.
Almost.